Showing posts from May, 2019
Show All

- May 28, 2019
I have heard many people (including yours truly) say that the Raspberry Pi should be faster than it is.  In it's Mk 3 form, with all cores firing it ought to be a lot of performance for the price, but many of us are strangling the performance, often without even realising what we are doing. Here's some simple tips to getting the best performance: Power it properly Just because the Pi has a micro-USB connector for power doesn't mean you should use some ancient phone charger to power it.  This board needs a stable five volts at around two amps to operate properly, and even more under heavy compute loads.  Most small plug pack supplies will struggle to sustain one amp.  Try to draw a higher current and the output voltage will almost certainly droop (drop slightly). When this happens, you might see a "lightning bolt" on the monitor (if you have one connected") or notice "undervoltage" messages on the console.  Then the Pi detects an undervoltage
Post a Comment
Read more 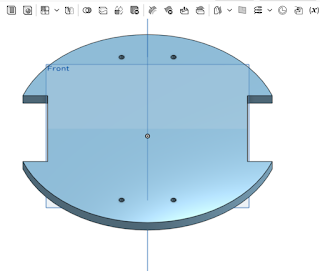 It seems to be that this time each year I introduce a new project, and 2019 not going to be any exception. My projects have become increasingly complex in recent years, and whilst I am still spending a lot of time on autonomous vehicles, according to feedback I have received, it is time to launch something that most enthusiasts could build if they wish. So, what does the list of requirements look like this time?  I am still drawing this one up, so as usual, you can follow the build and watch it evolve.  For now, here is what I have decided: The finished cost needs to be less that $A300.  Before you groan and say that it's way too expensive, Auric cost about eight times that amount, and is still not done.  I'm going to use off-the-shelf parts, especially from those low-cost marketplaces.  You can use upscale parts if you want, but you don't need to. Use a Raspberry Pi as the controller, and integrate all motion control.  The code for the autonomous vehicles was in
Post a Comment
Read more

An Update on AWS Deep Racer OK, so AWS Summit Sydney has been run and won.  Not by us however, but there are few interesting tidbits to report: The console is now widely available This is actually pretty big news, because: The console ties together Robomaker, SageMaker and everything else you need in a convenient package There are actual examples of functions included It seems to stay running now There is new firmware for the car Also important; this includes a rolling update for the Ubuntu base as well as the Deep Racer specific bits.  WiFi connection seems more reliable now as well. Our car has a new look Since my employer (Versent) was generous enough to send me to Re:Invent last year (where I got the Deep Racer), I thought it appropriate to deck it out in the company colours, and it was well-received at Summit last week.
Post a Comment
Read more
More posts