Showing posts from February, 2021
Show All

Wasting your and my time

- February 24, 2021
I had a really interesting experience recently which I hope might enlighten others as much as it did me: I was approached (via LinkedIn) by a recruiter from one of the big tech firms, as they put it "based on the work you've been publishing on image analysis and learning models".  I would have to admit that doing this kind of work for one of the holy trinity sounds like a dream job for a hardcore geek like myself. So I went along late one afternoon (they kindly offered to meet with me at their premises in town at the end of the day to allow me to focus on my current job).  To be completely honest, I am happy where I am, but what's the harm in hearing what they have to say, right?  What they had to say was truly fascinating. After the usual niceties, we got down to my professional history.  " I see you've been working in the technology industry since the early 1980's.  That must be a misprint right? "  I briefly explained the somewhat circuitous path
Post a Comment
Read more 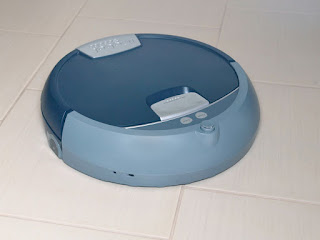 I am not 100% sure where this is going, but it's going to be a fun journey...   I own an iRobot Roomba 630 floor cleaner, and it works well enough for our house.  But I discovered the iRobot "Create" which is designed for teaching and hacking in general.  As you can imagine, repurposing our cleaning robot for my hobby might not sit too well. Using the local social networks, I picked up an iRobot "Scooba" for nothing.  According to the previous owner, it won't charge and the power light glows red when you plug it in. I downloaded the service manual from one of those manuals websites, and learned this is likely to mean that the battery has failed and won't hold a charge.  I figured I could probably re-pack it and things would be sweet. As with so many of my projects, the problem was a little more complex than I expected.  The reason why it won't charge is that the battery was missing, rather than simply faulty.  Given it's a specialised package,
Post a Comment
Read more
More posts